Hi, I’m Brittany. I’m a final year English student at University of Exeter and I have been interning at TechExeter since January. This is my final week and I wanted to look back on all the interesting projects I’ve been able to help out with.

My first project was to help organise the February 5th Meetup on Design. This included contacting speakers Kris recommended and co-ordinating their ‘meet the speaker’ blog posts for our website. One thing that I was happy to see was the effort the team put into making sure there is female representation at every event.

At the event, I helped set up. This was TechExeter’s first time hosting an event at MAKETANK and we got to bring out the comfy sofas. I’m not exactly a tech person myself. I wanted this internship for more experience in event organisation. So it was interesting listening to beginner-level talks about how tech impacts their work.

The next project I helped co-ordinate was the Exeter College Coffee Morning. I liked working on this project because it was only 3-4 years ago that these talks were given to me. The aim was to promote Tech and gaming opportunities in the south west. I again contacted potential speakers, ensuring a female presence as well. I created a form for other members to fill out who wanted to attend and network.

I also designed and ordered merch to be used at this event and future events. The notebook is made from recycled cardboard and features a calendar and our sponsors on the inside. The pencils are half for TechExeter and half for Digital Exeter. The lanyards were another thing I prepared for all professionals to wear so that students knew who they were talking to.

In my final month, I have been helping to coordinate the upcoming 2020 GAME>PLAY festival. While it is uncertain if this will go ahead on the date planned, I am confident the ideas we have already generated will be implemented in a great way at some point this year.

An email went out recently to all interested people, where I called out for volunteers, exhibitors and possible sponsors. In an effort to increase what we could offer, I also applied to various grants, writing proposals and creating budgets for confirmed venues and exhibitors. I’ve been able to scroll through pictures from last year’s amazing event, from shows, to games and even feedback forms written by people of all ages. I can’t wait to attend the 2020 festival, where I can get involved in exhibitions I never knew existed before this internship.

In the last week, because of recent events with COVID, I have been working at home, updating the website and designing new business cards.

My time working for TechExeter was a great experience for me. I was able to develop my photoshop skills and see the behind the scenes of Event Organisation. I always felt very welcomed and really enjoyed my time here.

A big Thank You to the whole DigitalExeter and TechExeter team!

Hi I’m Ivo. I’m from Hamburg, Germany. I was started an internship for 5 months at Exeter City Council in July. After a few weeks working in the council they connected me with TechExeter. Since then, I got to work one day a week for TechExeter.

My first and biggest Project was helping at the annual TechExeter conference. I prepared the attendees bags, the speaker’s gift bags and help with some little preparation at the venue.
On the conference day I did varied things. Preparing food, checking in new attendees and speakers, or helped wherever need was. It was very interesting to see behind the curtain and be part of this great conference.

The weeks after the conference I edited the videos of the speakers. I had to put the single clips together, choose the best camera and sound settings and put some bumpers before and after the video. This took me a few weeks. In this time I learned the basic video editing features and had to solve a lot of little issues.

Furthermore I was attending a meeting with the Cranbrook school, which was about a new cooperation to get kids and teenagers involved and interested in Tech.

In my last weeks I selected photos for the x-mas drinks party, to reflect the year of TechExeter in pictures. Afterwards, print them and put them up for the Christmas party. It was a great task to see what was going on this year. How much wonderful and interesting events they hosted.

The time working for TechExeter was a great additional experience for me. I wasn’t a Tech guy at all to be honest, but that made it even more interesting for me. Kris was very patient with me and took the time to explain me everything. I always felt very welcomed and really enjoyed the time here.

Especially the combination with the Exeter City council and TechExeter made the time really worthwhile. It was astonishing to see that all of the TechExeter and DigitalExeter Team do all this voluntarily besides their normal job. It was great to join them for these 4 month.

A big Thank You to the whole DigitalExeter and TechExeter team! 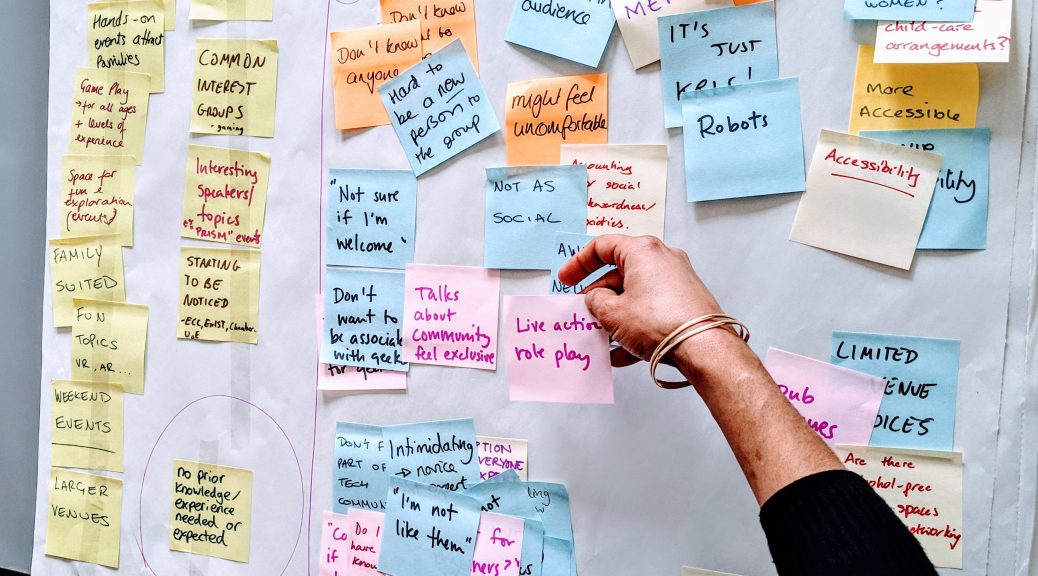 We’ve published our findings from our diversity workshop held earlier on in the year. Thank you to Kathryn for writing it up!

We received a message that Typeform had a data breach, which affected one or more of the surveys that we published. Typeform reports that an external attacker managed to get unauthorized access to a partial backup of respondent data and downloaded it.

The two forms affected were our Tech Survey and this year’s Conference speaker submissions.

The good news is that Typeform responded immediately and fixed the source of the breach to prevent any further intrusion. The bad news is that any information submitted in the forms could have been leaked – this includes mandatory responses like including name, email address and optional responses such as gender, ethnicity, age bracket, phone number etc.

What are you doing so this doesn’t happen again?

We will no longer be using Typeform as a platform for collecting responses that contain sensitive data, and instead be using Google Forms or Survey Monkey. Whilst no provider can guarantee that there won’t be a data breach, we feel that we can’t comfortably continue using the Typeform platform.

How widespread was the breach?

Many organisations use Typeform including Apple, Uber, Airbnb, and Nike. Affected in this breach (so far) are companies including Monzo (20,000 users), Crowdcube, Starling Bank, Post*Shift, the Tasmanian Electoral Commission … so we are by no means the only organisation affected.

What are you doing right now?

We have sent out emails to all affected individuals and released this statement on our website. As gender and ethnicity data were part of the data collected in the Tech Survey form, we will shortly also be notifying the ICO of the breach.

Would exercising my GDPR right to be forgotten have helped me?

No. Information from a third party’s backup was stolen, so whilst we wouldn’t still have your data, the backup would have contained it. And what’s more – we would no longer have your details to contact you about it!

What should I do now?

We recommend that you watch out for potential phishing scams, or spam emails, so be extra careful to only open messages that come from people or companies you know and trust.

Further information from Typeform can be found at https://www.typeform.com/data-breach-june-2018/

If you have any other questions, please don’t hesitate to contact us . We’re sincerely sorry for any inconvenience this causes. 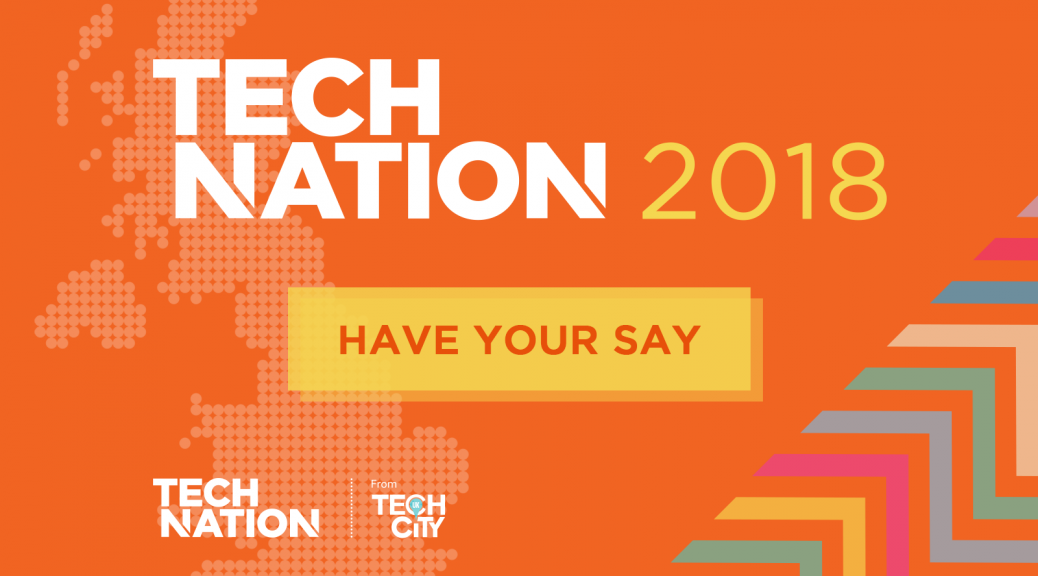 Help to keep Exeter on the national TechNation UK map – they want to hear from you on topics such as diversity of the tech sector, opportunities for high growth businesses and the quality of education and training. It only takes 5 minutes!

And if you like answering surveys, why not also take our more in depth delve into to local tech scene by taking our very own survey : https://techexeter.uk/2017/help-us-take-our-survey/. We’ve had over 150 responses so far, and we’ll be releasing the data as open data for everyone to look at.

We need your help.

Rob and I are constantly being asked all sorts about the local tech industry (for potential project work, events and opportunities) and we’ve come to the conclusion that despite knowing a fair few of you, we just don’t have all the answers!

We’d like to get to know you better – and we want to do this is in the most transparent way possible. Answering this questionnaire will give us a better idea of the types of people that make up Exeter’s awesome tech community.

Also – you’ll be helping to publish our first set of open data, allowing everyone to have a peek at the technical make-up of the Greater Exeter area.

SURVEY IS NOW CLOSED – THANK YOU!
Results will be published soon.

Check our our FAQ

Popular tech meetup group ExeterWeb has re-branded as TechExeter and opened up a new co-working space in the heart of the city. With strong ties to the community, TechExeter is set to become an essential resource for tech companies large and small.

The co-working space opened on the 2nd of May and offers desk space in the centre of Southernhay starting from £80 per month. “What we’ve done is to create a space that not only has great facilities for people to rent, but one that actively supports those who work in the tech industry, whether they are software developers, data analysts or web start-ups” says Kris Sum, co-founder of TechExeter. “We’ve got a hacker space for developing hardware prototypes, shelves of tech books, a lightning-fast network, plus I’m on hand to answer any technical queries”.

For two years, Kris and co-founder Rob Glover have worked growing the Exeter Web meetup community and its sister group Digital Exeter, which together now total over 1000 members. “We started as a social meetup group focused around web technology, but we felt that re-branding to TechExeter would be a much better fit for what we actually get involved with today” Rob explains.  “We now run regular meetups with lightning-talks on a huge range of tech topics including engineering, computing and data science, and that’s reflected by our massively talented pool of members including people from the Met Office, FlyBe, Crowdcube and the University of Exeter”.

With the continued success of their sell-out meetup events, there’s even talk about running a conference. “We’re very much in the early stages, but we’re very excited and have teamed up with some excellent partners to provide our community with the great conference it deserves.” says Kris. “We can’t reveal all of the things we have in store, but I can say it will be a ticketed one-day event taking place in Exeter during this Autumn, with multiple tracks, workshops and hands-on sessions”.